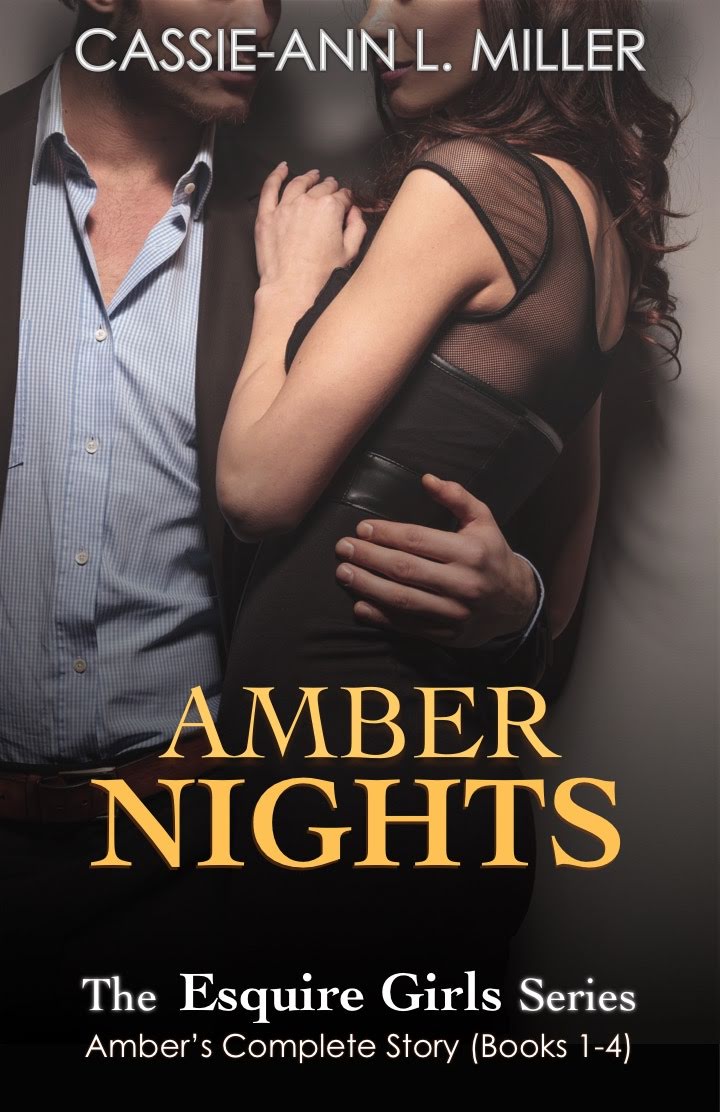 BOOK 1 – UP ALL NIGHT
Amber Roberts has just landed a high-profile internship at a top New York City law firm. Sexy, reclusive billionaire Spencer Harrison is a dangerous distraction that could cost her everything that she’s worked so hard to build. But he’s simply impossible to resist. He’s handsome, confident and oh-so-powerful…He’s also very, very off-limits.

Will she turn him down and walk away, or will he become the sexy little secret that keeps her up all night?

BOOK 2 – IN YOUR ARMS TONIGHT
Amber Roberts finds herself falling for Spencer Harrison, the gorgeous and successful business tycoon. She thinks that she and Spencer may be able to build a relationship despite all the odds pitted against them. That is, until she realizes that Spencer has some demons of his own…

BOOK 3 – LIVE FOR THE NIGHT
Amber Roberts was forced to face one of her worst nightmares on a New York City pavement that early Sunday morning in late June. It sent her into the crippling grips of anxiety. But Spencer Harrison, the handsome, powerful man who she had risked her future to be with, promised that he would protect her…And she believed him. So imagine her surprise when that old nightmare rears its ugly head again just when she thought she was safe. Now, to give their fragile love a fighting chance, Amber must trust Spencer even more completely than she ever did before.

BOOK 4 – WHEN THE NIGHT IS OVER
It felt like fate — the way they’d met and fallen in love and begun building a beautiful relationship. Then, Amber Roberts learned that what she and Spencer Harrison shared was not the result of mere fate. It was something much more sinister. Their relationship went up in flames and burned to the ground.

Will Amber and Spencer be able to pull their happily ever after from the ashes of the love they once shared? Or is it truly too late?

BOOK 1 – WAITING, ALWAYS
He wants me in his bed.

Madison Moretti is a good girl.

She’s focused on finishing law school, earning a leadership role in her father’s law firm and getting over the guy who keeps breaking her heart.

She can list a dozen reasons why she should avoid becoming involved with sexy, tempting Domenic Gattusso. Aside from his troubled past, he’s her best friend’s brother and her ex-lover’s best friend. She’s always seen him as just a friend but all of a sudden, she’s discovering an alluring side of him that she never noticed before.

Madison is used to playing by the rules but when Domenic offers her a tempting invitation to his bed, she’ll have to decide if he’s the titillating exception that she’s always been waiting for.

BOOK 2 – YOURS ALWAYS
“Do you regret it? You can tell me the truth. I’ll understand either way.”

When Madison Moretti gave in to Domenic Gattusso’s seductions, things took an unexpected turn she could have never foreseen…Domenic was hiding a secret that Madison only learned after the fact.

Now, Madison is willing to do whatever it takes correct the damage that she and Domenic have caused. But it might be too little, too late…especially when it seems like the whole world is trying to keep her and Domenic apart.

BOOK 3 – LOVING YOU ALWAYS
His words are simple enough…

“I’m in love with you and I want you all to myself.”

But Madison Moretti is not sure that Domenic Gattusso’s actions live up to the feelings that he claims to have for her.

Are Madison’s doubts justified or will Domenic be able to prove that his love for her is real?

BOOK 4 – ALWAYS & FOREVER
“I’m not letting you go. I’m going to fight for you. I’m done running. You’re going to be mine. Completely.”

But now, they’re determined to put it all behind them and make their relationship work…However, fate has plans of its own, plans that may tear Madison and Domenic apart for good.

Is their love strong enough to withstand this final test? 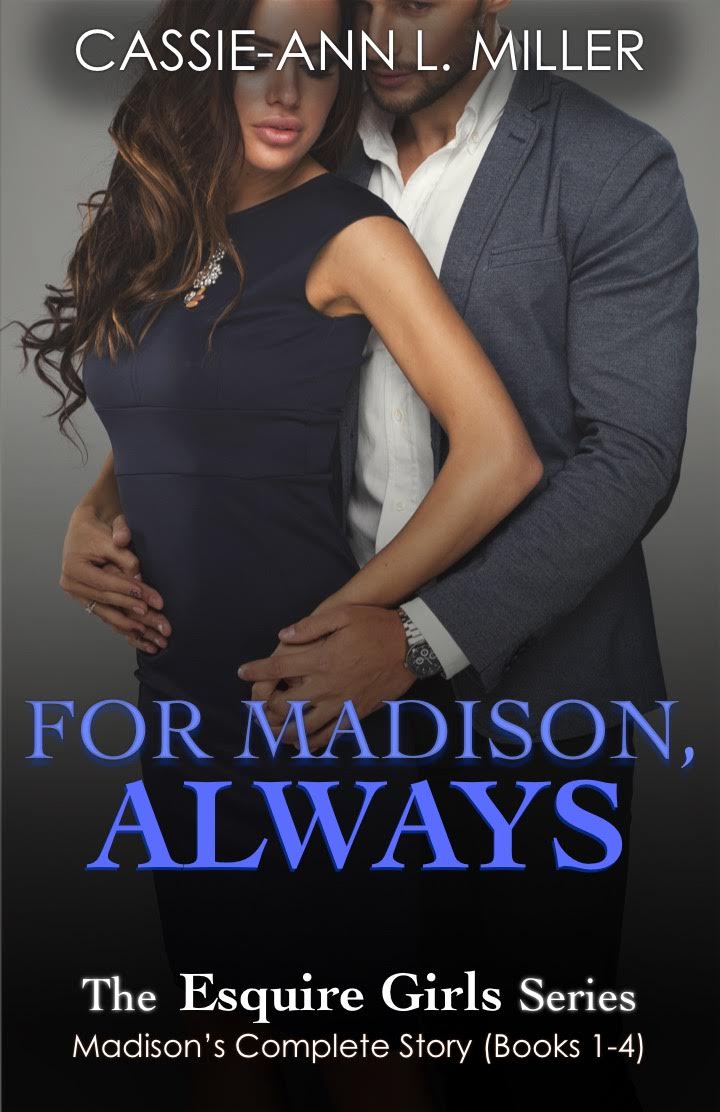 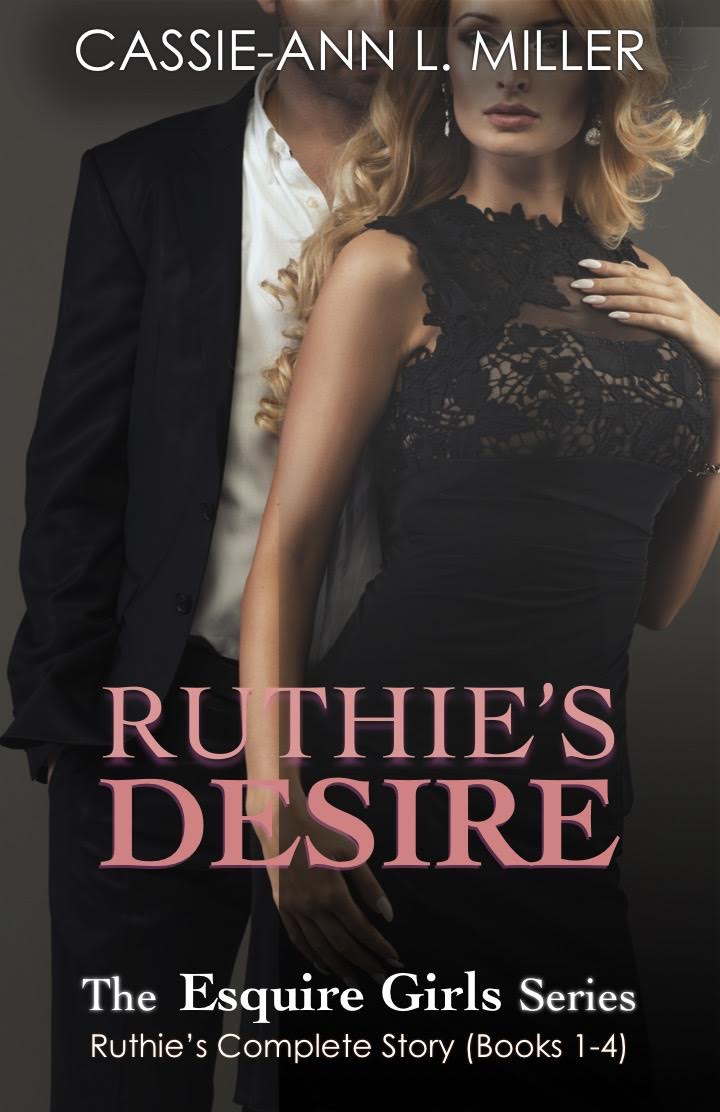 BOOK 1 – DESIRE, UNTAMED
A part of me wants to give in to him. Fall back into bed and feast on his gorgeous body for breakfast, lunch and dinner. But that tiny nagging voice of reason just won’t quit.

Getting close to him – or any man – will end in disaster. It always does.

Ruthie Salvador’s been given a second chance, an opportunity to bury her past and move forward with her life. Her plan is to focus on finishing her last year of law school and proving herself at her internship at one of New York City’s most prestigious law firms.

But then, she meets “Mike”.

He was supposed to be her birthday present. One hot, fantasy night with a man she knew would want nothing to do with her in the light of day. But when the sexy stranger resurfaces in the most unlikely of places, he forces Ruthie to face the secrets she’s worked so hard to bury.

BOOK 2 – BLINDED BY DESIRE
You’re special, Ruth. You’re everything that I didn’t even know I was looking for. Now that you’re here, I’m reevaluating my life, my goals.

Ruthie Salvador thought she had it all figured out. She’d long decided that she was damaged goods and that there were parts of herself that she could never share with anyone. She’d made peace with that. She’d accepted it.

So, when a handsome, powerful man willingly puts his entire future on the line to be with her, she realizes that it may be time to re-evaluate her plans. And just when she lets her guard down and gives in to her desires, her ugly past threatens to swoop in and steal the new life that she is finally giving herself permission to live.

BOOK 3 – DESIRE ABLAZE
This man is quickly becoming everything to me…What am I supposed to do?

He was supposed to just be a one-night stand. But now neither Michael nor Ruthie can control the way they feel about each other.

Too bad her whole life’s about to come crashing down…Will he crash with her?

BOOK 4 – BEYOND DESIRE
Was it worth it? Was the earth-shattering sex with that tall, tanned, dark-haired Adonis named Michealo Moretti Jr. really worth ruining my entire life over?

All hell has broken loose.

Each and every one of Ruthie Salvador’s darkest secrets have been revealed, leaving her with nowhere to run for cover. Her reputation, her career and her relationship with the man she loves all hang in the balance.

So, when she’s offered an elaborate plan to get her life back on track, Ruthie must decide. Is she willing to compromise her integrity if it means that she can salvage her reputation and have a shot at happily ever after with the man of her dreams?

BOOK 1 – MOMENT OF WEAKNESS
His body has become an addiction for me…I fall asleep dreaming about it at night. I wake up craving it in the morning.

Hailey Lundeen came to New York City sure she knew what she wanted in a man – a tall, lean business-man type with carefully tussled hair and not a hint of stubble adorning his chiseled chin, exuding success, confidence and raw sex with his every movement.

She was determined not to let anything get in her way until she found just that…but fate had different plans.

Will letting her guard down in one moment of weakness change the entire trajectory of her life?

Hailey Lundeen tried her best to resist Jackson Pratt, but his southern charm finally won her over. Now that they’re both invested in this romance, they will learn the true cost of love.

Is the price too much to pay?

BOOK 3 – BEYOND THIS MOMENT
Jackson has become exactly the type of man I came to New York City in search of. Urbane, refined, successful…But still, I would quickly trade in this cold, distant stranger in front of me for the warm, caring Texan I fell in love with.

Some mistakes, you can’t unmake. Hailey had to learn that the hard way. She and Jackson moved way too fast and now, she’s found herself in a situation she sees no way out of.

Now, her only option is to rely on the man that she loves desperately though she’s not sure that she can trust him.

Will Jackson prove himself to be the knight-in-shining armor that Hailey needs? Or will she wind up on her own to deal with the consequences of the decisions they made in their moment of fierce passion? 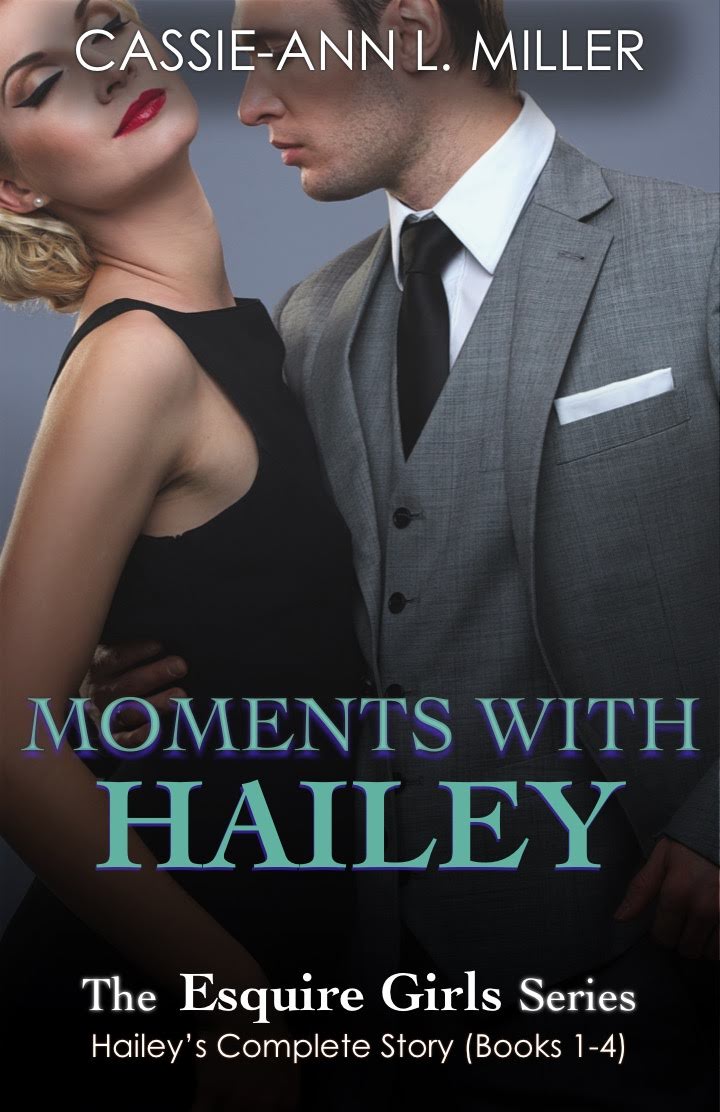 Sign up and be the first to hear about new books.